We found this house while driving along one of the various highways that crossed between the Tennessee and Georgia borders.

It was a perfectly beautiful fall day, the sun was starting to set, and the lighting was perfect. This gave the entire photo set an eerie orange glow.

I didn't enter the house, as we we had somewhere to be, but I took some photos around the front at least and through the windows.

The faux brick siding was really interesting as it really wasn't fooling anyone. Here is the first instance where I started seeing a lot of recliners and chairs stuck in the front door, or on the front porches of derelict houses. It's as if the chair was trying to escape and couldn't fit through the door.

The icing on the cake for this home is the boat sitting in the yard. There's no story as to why it's there. There's no trailer. It's as if it just parked there on it's own.

This set was taken very early on before I really understood how to use a camera properly, thus the few out of focus shots in the dimly lit areas. 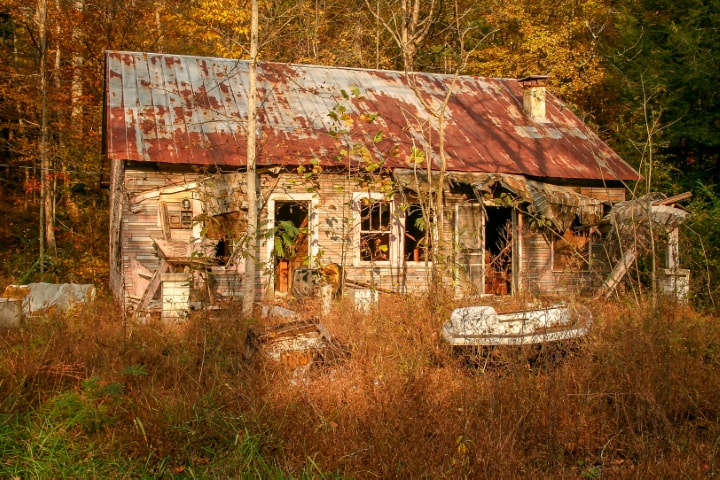 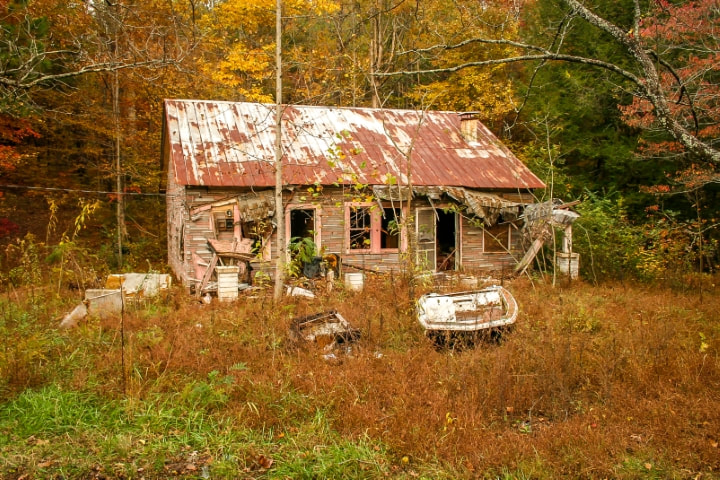 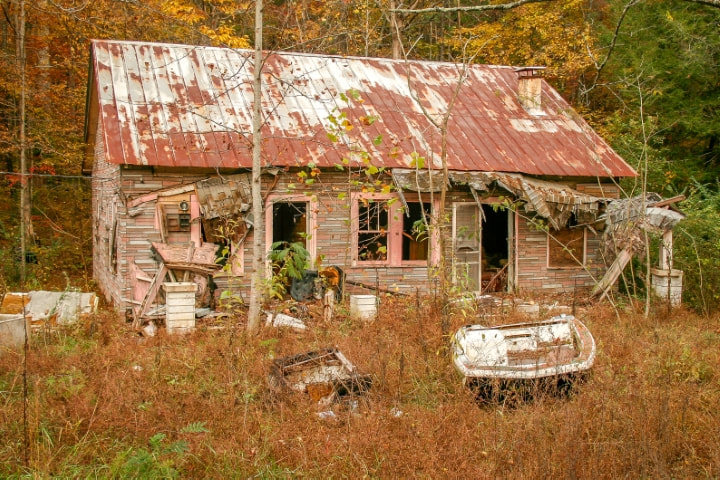 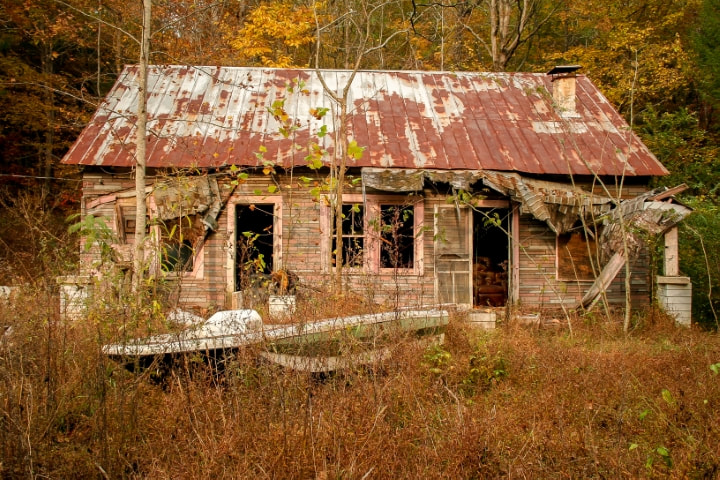 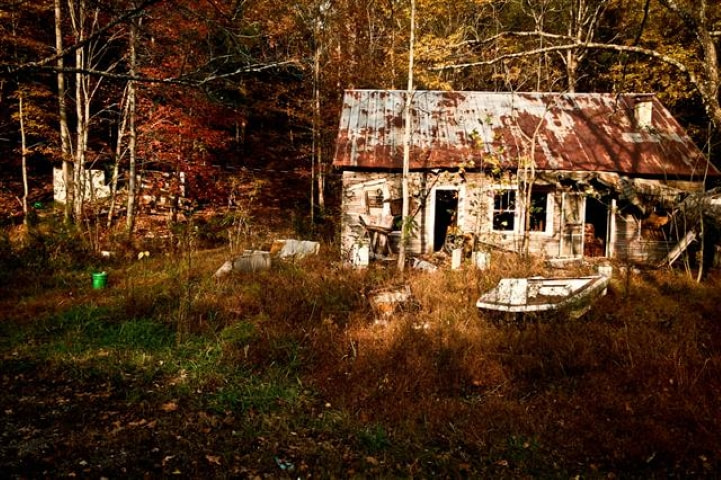 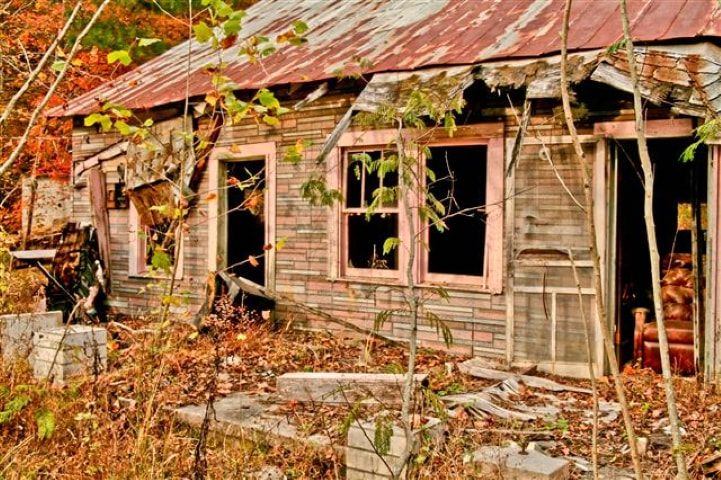 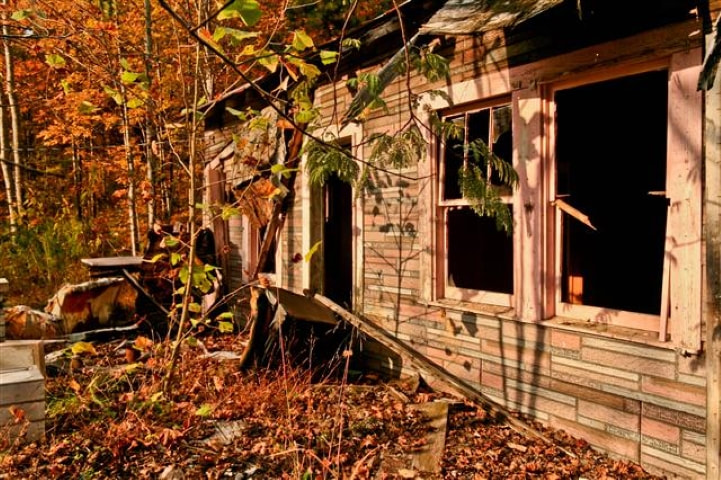 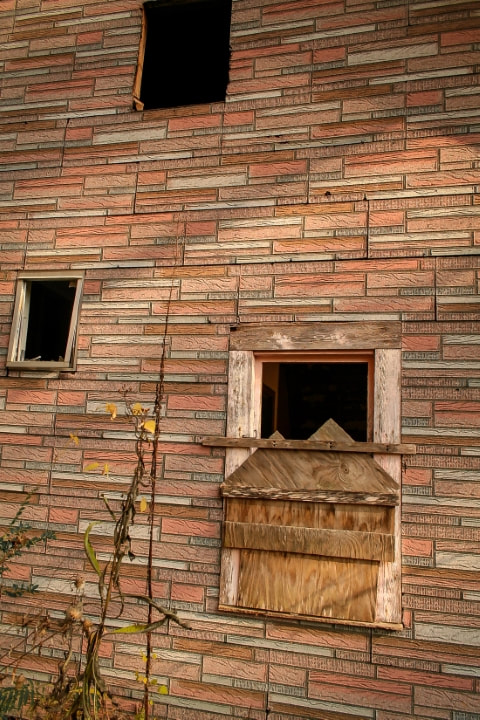 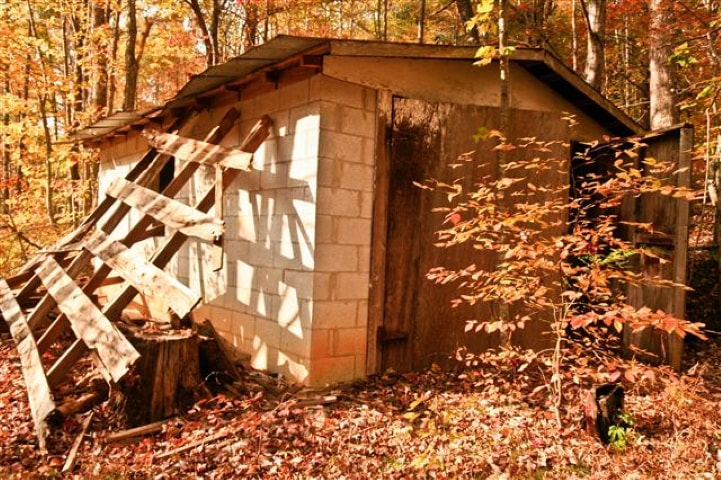 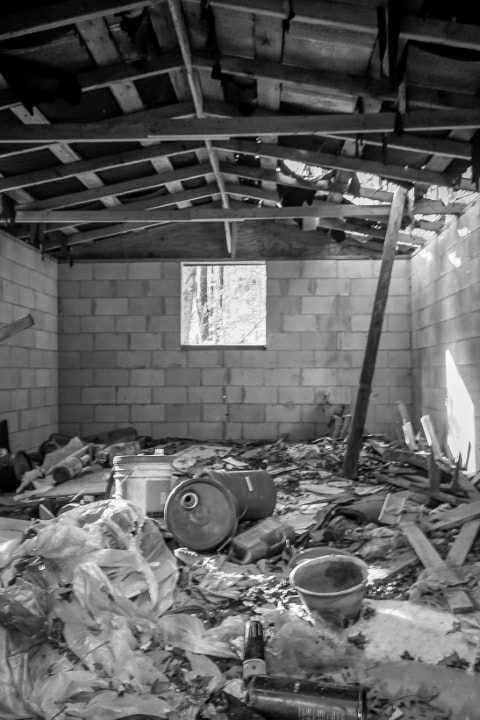 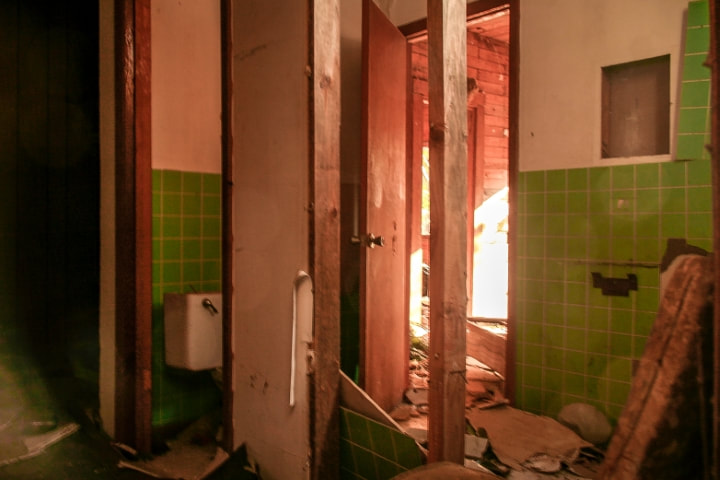 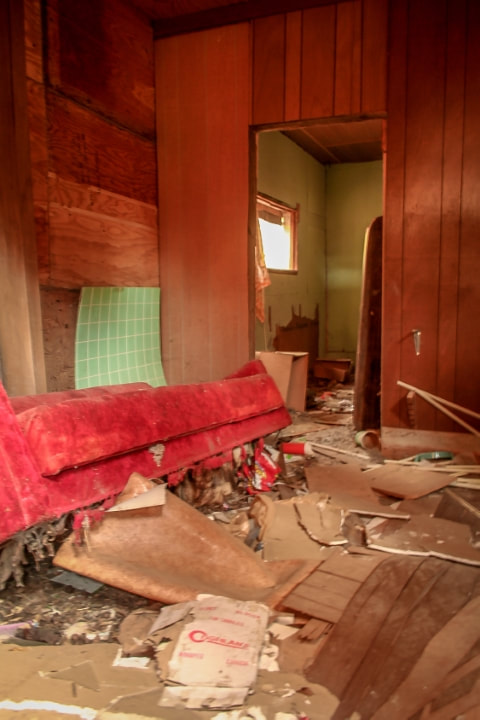 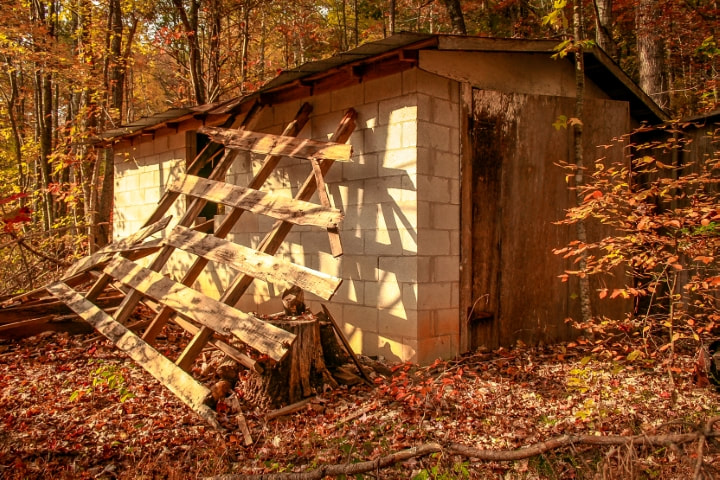 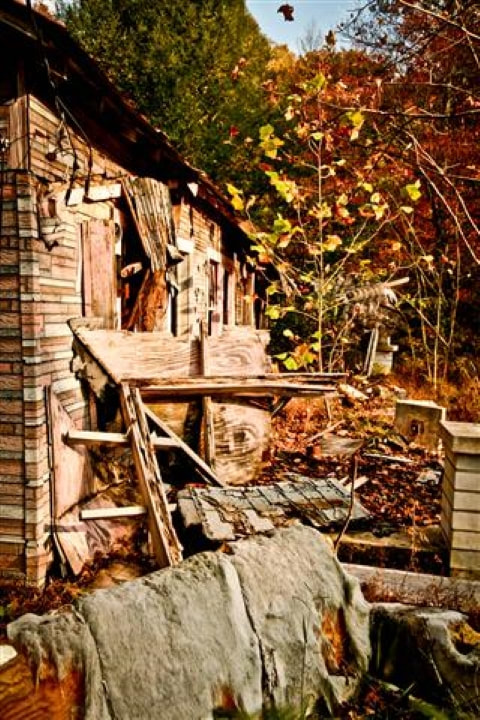 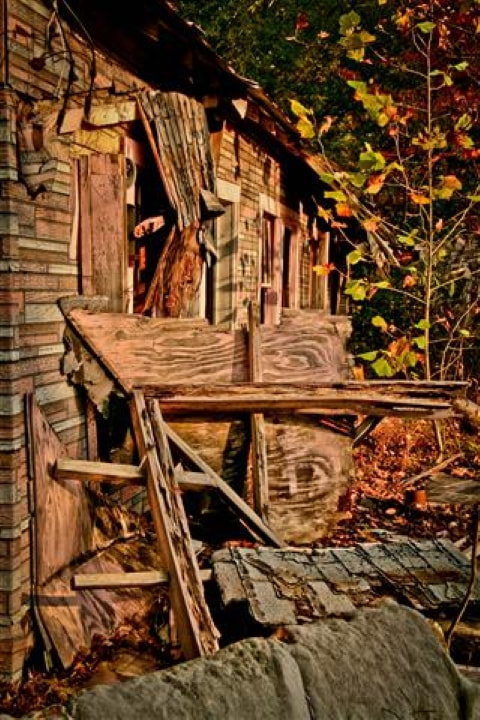 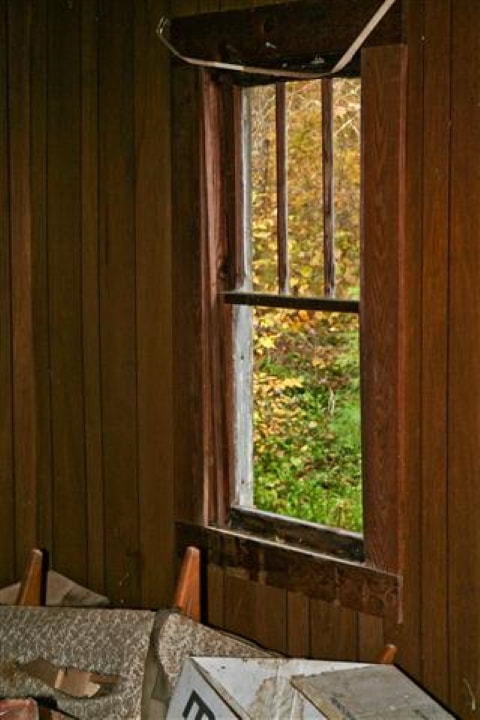 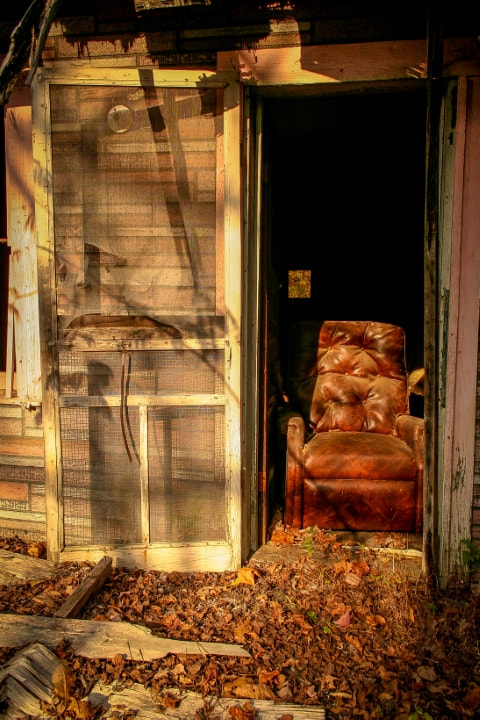 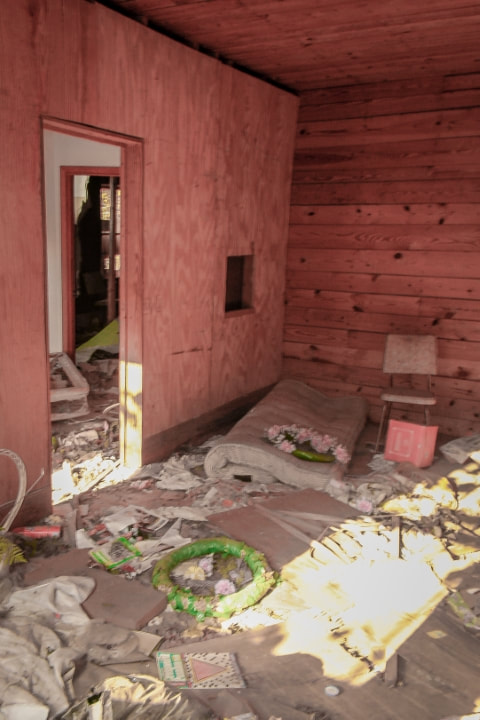 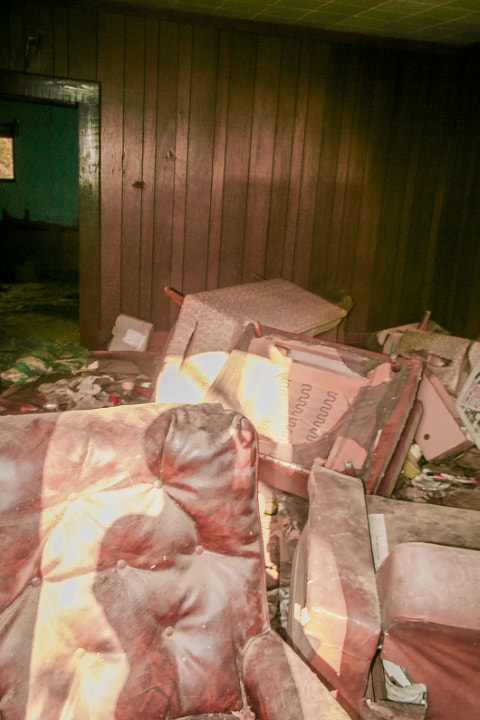 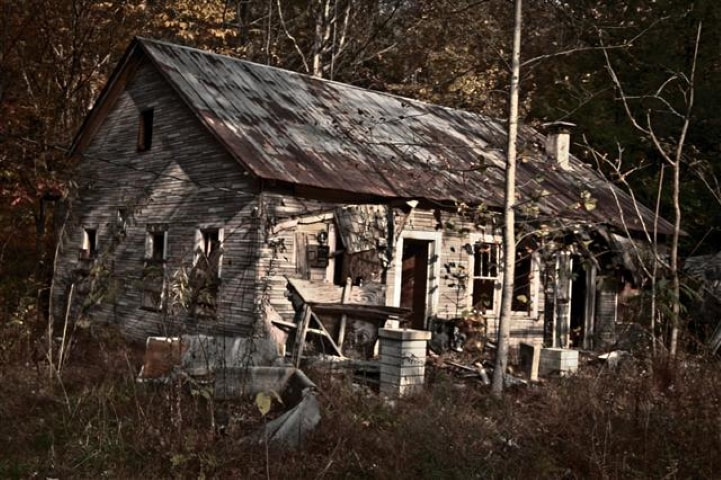 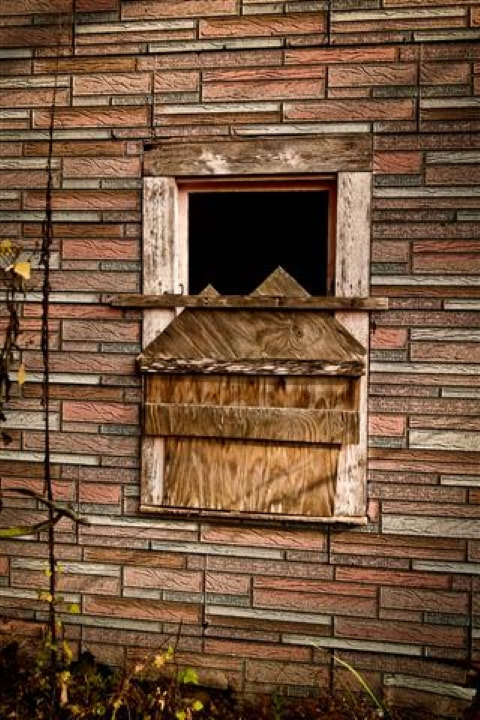 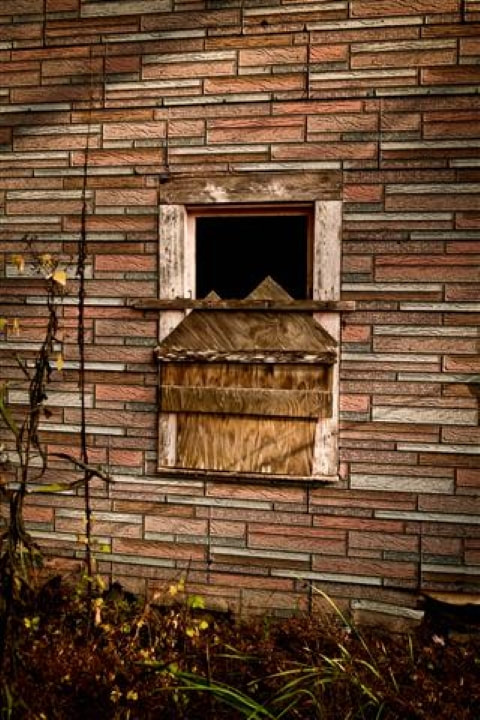